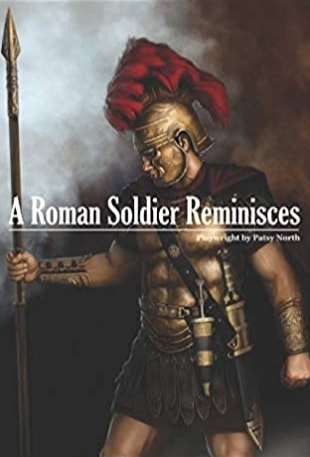 A Roman Soldier named Julius had just finished participating in yet another crucifixion as he had done so many times before. But today, Friday, this soldier called Julius is in agony as he walks the streets of Jerusalem on his way home. Julius is struggling with the memories of his childhood boyish days when he visited his friends in the hills while they were attending to the sheep. Julius and his friends were visited by a messenger, host of angels, and an unusual Bright Star. He did not understand what it all meant at the time. However, after walking and talking with his mother, Rubella, while trying to explain to her and figure out what happened that night, Julius finally saw the LIGHT and gave his life to Jesus. The same Man he crucified those many years ago in the same place is exactly what’s taking place today. He heard clearly when the messenger and the angels said, “the lost Lamb represents what the star meant”. Rubella understood, too, and gave her life to the man the Christians call JESUS. “The Change of a lifetime!”